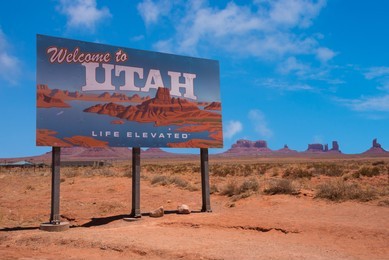 Utah Paves the Way for Kratom to Become a Household Name

Utah passed the Kratom Consumer Protection Act in the state senate in 2019 and has been structuring the guidelines while working with companies in Utah during the past 2 years, and now has refined a path for implementation for other states across the nation for this little-known plant from Southeast Asia. The process over the last 2 years has paved the way for this natural alternative to become mainstream across the U.S. as other states look to implement laws similar to Utah’s.

This plant has faced decades of scrutiny as various organizations have promoted and demonized it due to a number of reasons. Over the previous decade pharmaceutical firms have been working to identify the unique factors that make it such a potent factor for pain relief and inflammation – presumably in an attempt to control the market. Other organizations, including various government agencies, have attacked the plant with smear campaigns, often misquoting studies in an effort to create fear.

Mitragyna Speciosa, also known as kratom, has long been attacked by the FDA, oftentimes unscrupulously (according to the AKA). As the American Kratom Association claims, this wonder-plant from Thailand and the surrounding regions has been responsible for many modern health improvements. Those indigenous to southeast Asia have been using this natural remedy for centuries.

Not all feel so warm and fuzzy about kratom, however. WWMT channel 3 ran a special attacking mitragyna speciosa as a dangerous drug opening the door for addicts.

The American Kratom Association has stated the video from WWMT has been intentionally misleading. Recently opponents of kratom have had a setback as a recent government reversal opened a comment period for the public to add their input on kratom.

You can learn more about why Utah passed the Kratom Consumer Protection Act by going to TruthForKratom.com.

Previous
Classroom Screen Monitoring Software, a Home-field Advantage
Next
Launching InfinityPad: Successful Fundraising of Over $100k in its First Investment Round

Jessi
Previous
Classroom Screen Monitoring Software, a Home-field Advantage
Next
Launching InfinityPad: Successful Fundraising of Over $100k in its First Investment Round
You might also like
One of the following

All stories by:Jessi
Login to NY News Wire
Reset Password
Enter the username or e-mail you used in your profile. A password reset link will be sent to you by email.